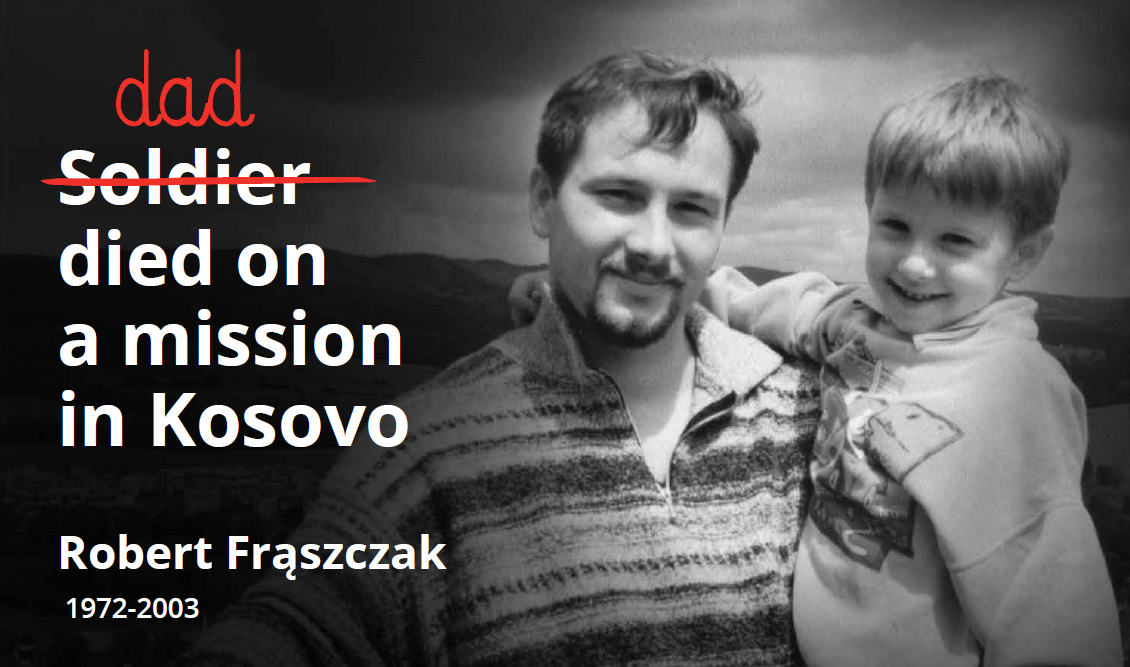 My father, Robert, was born in 1972 in Bydgoszcz. He met my mum when he was very young, before he graduated from high school. He started his career in the military as a vehicle and tank serviceman in Piła, not far from his home town. Due to the fact that my dad was stationed in the 10th Opole Logistics Brigade, my parents decided to move to the almost other end of Poland. In 2002, my dad went on a PKW KFOR mission to Kosovo.  He never returned home, he died on his way back from the mission to Poland.

Although I saw my dad for the last time when I was less than eight years old, I can still remember the time we spent together and often return to those nice memories.  I will always remember him as family and friendly man who never stopped smiling. He was an energetic person – we often spent our time playing football or biking – I was never bored with my dad. The period during which he was on the mission was difficult for me. I remember the long weeks of waiting for him to return. I wanted to surprise him and started learning his favorite Krzysztof Krawczyk song, unfortunately I never had the opportunity to sing it to him.  My dad stayed with me forever in my heart and my memories. He did not have to be a great man. It is enough that he was a hero in the eyes of an eight years old. He has remained one to this day.