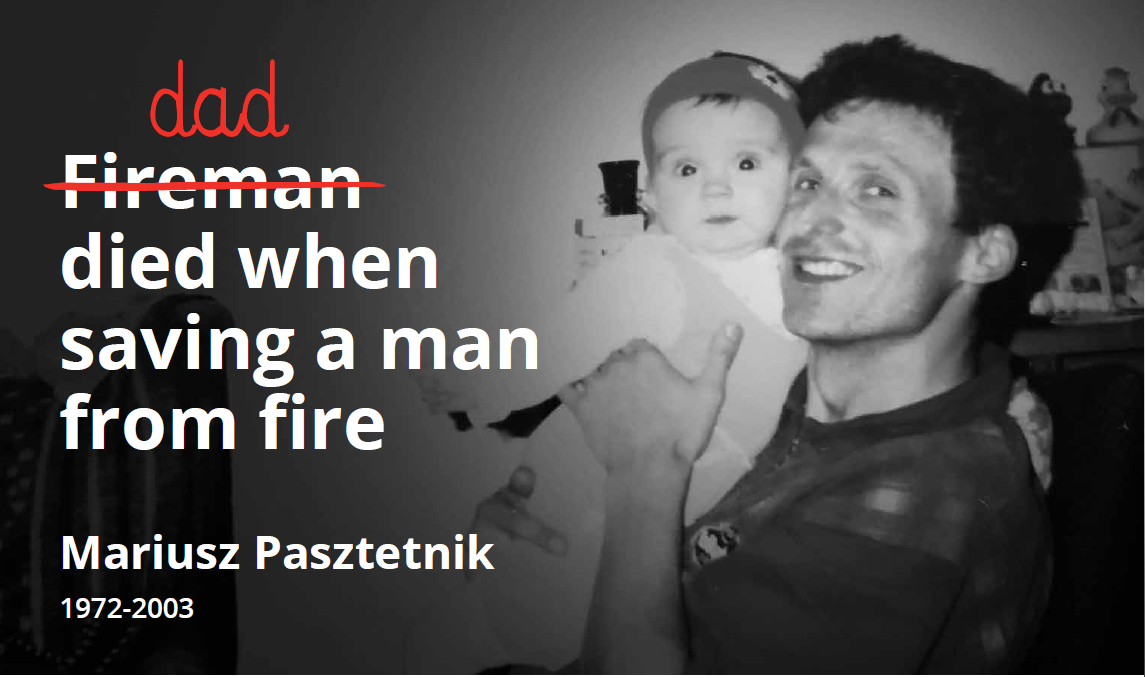 Nobody is born a hero. And although in theory everyone can become one, few are brave enough to do it. Mariusz was exceptional. Despite adverse conditions and very little oxygen in a flat which caught fire, he went in to save the son of a terrified owner.  He believed his whole life that readiness to make sacrifices and providing support to others are the most important things. He followed his convictions until the very end.

Mariusz Pasztetnik lost his mother quite early. Right after he left the military, he started caring for his younger sister and joined the fire service. He was not afraid of responsibility or risk – he coped as well as he could in difficult moments. In the end, he was able to make enough money to buy a house. Sometime later, he met Anna, his future wife, with whom he had a daughter named Julia. He hated to part with them. He even worried that his daughter would forget him when he went to Germany to work on an asparagus farm.

Today, Julia is a teenager – a tall and sporty one and a busybody just like her father. Her dad’s courage has become an inspiration for her. She is part of the Volunteer Fire Service in Minkowice Oławskie, a contestant in the fire service contests and proudly wears the formal uniform during special events. Although many years have passed since the disaster, her father still visits her and motivates her in her thoughts. “Your daddy loves you and will be home soon”, he recorded his voice on cassettes for her, together with the songs he played on guitar.  When he left forever, his souvenirs became priceless.