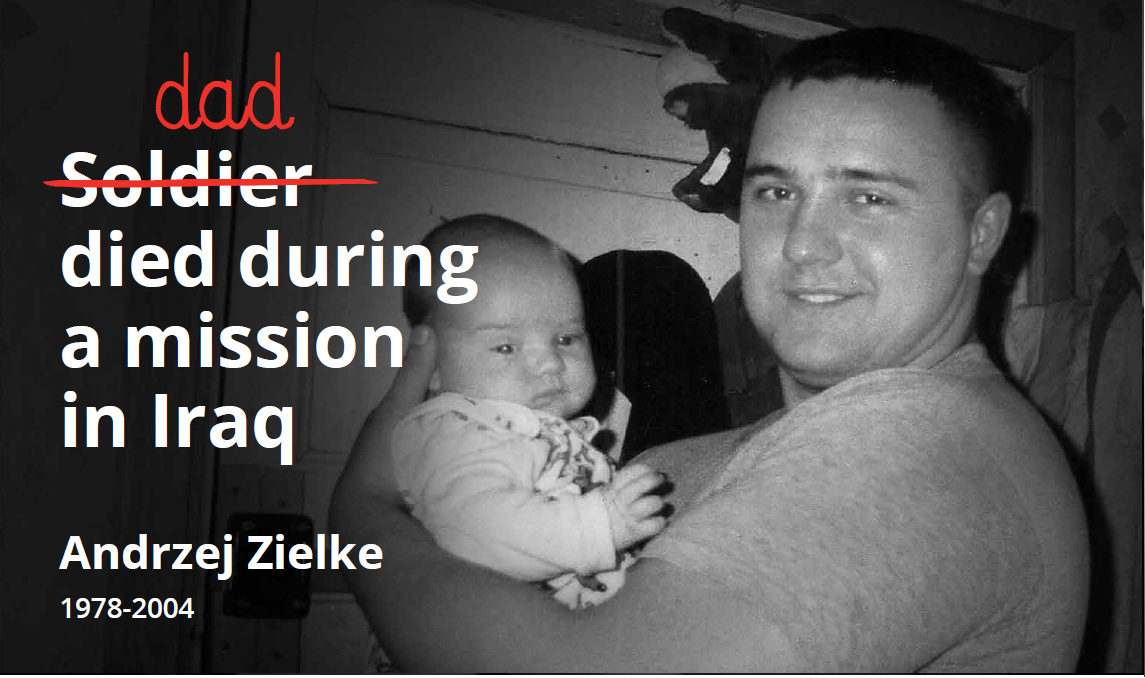 They first met when they were teenagers. Andrzej felt immediately that he had a deeper connection with Marzena. Despite his young age, he found it no problem to arrange for a family flat for them to live in. He had always been more resourceful than his peers, and more disciplined, sensitive and curious of the world. Since he had so many features of a great soldier, it is hardly surprising that military service became his passion.

“If you love me, you will wait”, Andrzej said hugging his wife when he was leaving for a mission in Iraq.  Although his heart was breaking at the thought of leaving his pregnant wife and three-year-old son Patryk, he could feel his calling.  He had never been satisfied in the role of an ordinary soldier, he had always dreamt of special missions. And although night parachuting was extraordinarily exciting for him, Marzena was scared out of her mind when he was telling her his experiences on the phone.

Undoubtedly, Andrzej loved his uniform but his sons were the greatest love of his life. When Eryk was born, the proud father would show his pictures to everyone he met. “The big guy was as happy as a sand boy, showed the pictures to his friends and was overcome with joy”, his colleagues from the regiment would recall.  Unfortunately, he did not live long enough to meet his son and died during a mission. He is remembered by many as an exemplary soldier but to his boys he was someone much more important – a loving father.